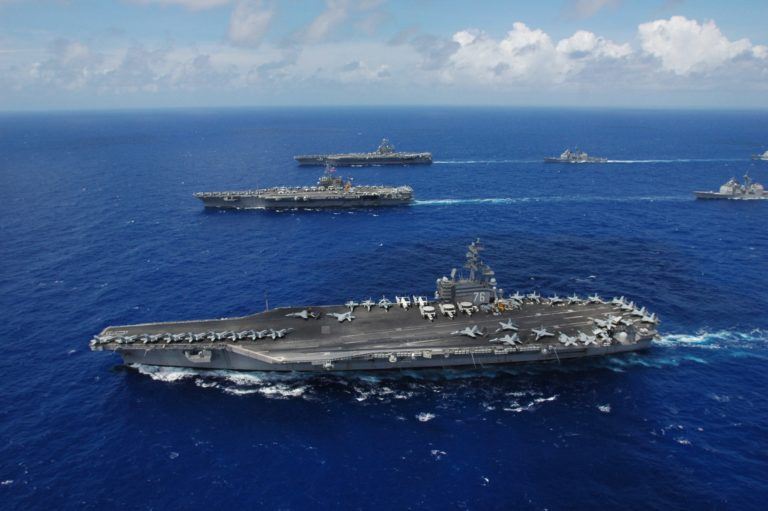 In 2011, the nuclear-powered aircraft carrier USS Ronald Reagan was about 100km off the coast of Japan at the time of the Tsunami and the subsequent Fukushima reactor explosions.

It was directed by the US government to ride to the rescue in what was later called Operation Tomodachi (friendship)–to provide assistance to the victims of the floods. What no-one on board was told was that the reactors had exploded and a plume of highly radioactive material was blowing east from the site into the path of the vessel. Of course, when this arrived, all the radiation monitors on the boat started screaming, and the planes and helicopters that had flown the rescue sorties were contaminated. More