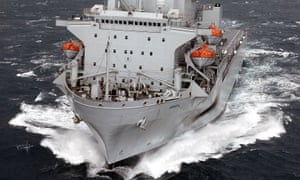 Britain’s military will have fewer armoured vehicles, aircraft and lose the use of its only naval hospital ship because of a shortfall of up to £13bn in its 10 year equipment budget, the government spending watchdog warned.

[…]The detailed rebuke comes two days after Boris Johnson announced a strategic review of the government’s defence and foreign policy, which came with a hint that spending on the armed forces could increase beyond the current 2.1% of GDP, creating the hope that taxpayers’ money could plug the gap.[…]